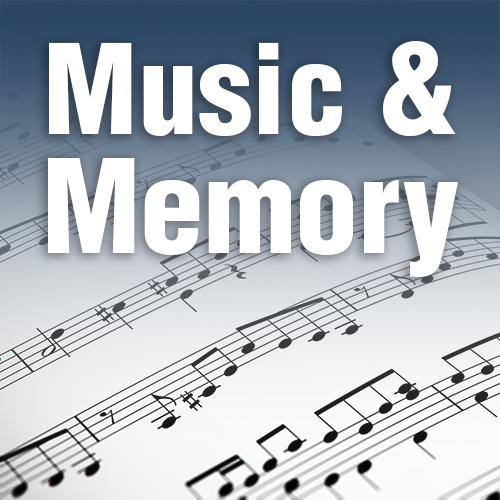 Pointe Meadows has a long-term resident, Jim, who has dementia and a history of CVA. Additionally, he has late-life loss of vision and became totally blind four years ago. Jim is a complex and dynamic personality with a lifetime of experiences. He raised five children as a single dad, ran his own business, played professionally as a jazz musician (drummer), and earned a black belt in martial arts.

Jim lived at an assisted living facility and declined in functional ability prior to admission to Pointe Meadows. At the time of admission, the patient spent the majority of his time in bed, resisted wheelchair and other activities, and stated, “I have no purpose.” He had a significantly reduced tolerance of ambient noise with hearing loss and demonstrated agitation in complex environments like the dining room.

Enter Micki. Micki earned a master’s degree in music prior to earning her master’s in communication disorders. She discovered through interview and personal history questions that JMicki’s husband, John (who is also a musician), and Jim have common connections. John’s friend Lars, who is a well-known bass player, played in a band with Jim in the 1960s. Micki went to work to create a meaningful group experience for Jim and many other residents and patients on speech therapy. John and Lars performed jazz music, demonstrating concepts Micki taught, including music dynamics (pianissimo, mezzo-forte, fortissimo), improvisation, melody, etc.

Notably, 30 residents and patients attended the group with rapt attention. Several “wanderers” engaged in the lesson/performance without loss of attention. The SLP team and graduate students circulated to facilitate participation and accuracy. Jim sat front and center for the 50-minute-long group, stayed to visit with other residents for an hour, and then ate lunch in the dining room. After lunch, he had plenty of energy and willingness to participate in OT.

Thank you, Micki, for bringing Jim and the Pointe Meadows crew “All That Jazz.”

All Aboard Full-time Occupational and Registered Physical Therapists! Free cruise for 2 to majestic Alaska or tropical Baja Mexico. Check out these therapy team opportunities at Broadway Villa and Valley of the Moon.

All That Jazz Brings Back Memories and Camaraderie

By Maryanne Bowles, Endura Therapy Resource, ColoradoBack in January 2021, I presented on the resource call about thinking outside of the box on what therapy could do to help Clinical and opportunities we could take. I presented on an MDS coordinator position being held by a therapist. The position works closely with the nursing team...