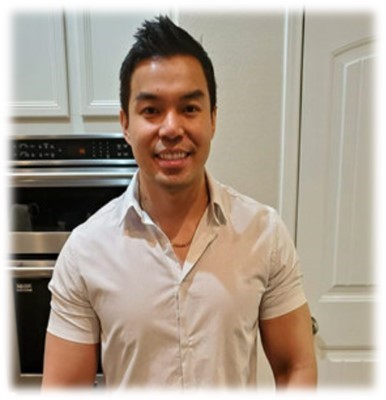 When Michael Ong began his studies in the Philippines, he set out on a course to be a surgeon. As he continued his studies and began his internship, he realized that he wanted to provide more hands-on care. He discovered a passion for exercise and patient progression, which he sees as the backbone of physical therapy. Michael started his career in the United States in Florida as a physical therapist. He established core skills and a love for his profession and his patients.

After 11 years in Florida, his job as a travel therapist took him to a position in Amarillo, Texas. Even though he was originally scheduled to be there for only three months, he decided to become a permanent member of the team and took a full-time position under then DOR, Marisa Parker. When Marisa became the executive director of the facility, Michael stepped into the DOR role in September 2019. Hesitant at first, he grew into a true leader. The facility program had already been successful and expectations were high. Michael stepped up to the challenge, seeking out ways to learn everything he could about leading his team. He has been a trailblazer in long-term care programming and frequently leads Keystone West and the top one-third in all Keystone therapy metrics, all while finding new and creative ways to improve patient outcomes.

Michael has worked tirelessly to improve relationships in the Amarillo community and continues to lead the West market in outpatient development. He displays true ownership, leading in the important metric of DOR productivity while continuously providing teachings and trainings to members of his department and their clinical partners. Michael is certified as a wound care specialist, LSVT BIG, Clinical Instructor, and is credentialed in the cutting-edge incontinence program of PTNM. He utilizes all these skills to improve outcomes and develop future leaders on his team. He has embodied CAPLICO in his own facility as well as with our newest West market acquisition, The Medical Lodge of Amarillo, assisting with training and development with the Therapy team. Michael continues to grow and evolve, joining IDT committees to better Keystone, and we are so proud to honor Michael, recognizing him as Chief Therapy Officer! Congratulations, Michael!