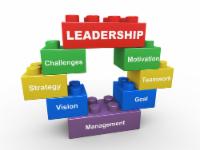 Next up in the series of interviews of our former DORs turned ED is the one and only Amy Gutierrez! She is not only a former DOR, but served as a Therapy Resource as well. Amy is currently the ED at Treasure Hills in Keystone. She was kind enough to share some of her thoughts with us:

As a DOR/Resource, you were in a good place in your career. What kinds of things were you thinking about when the thought of being an ED came up?
Jon (Anderson) was actually the one that brought it up in October of 2018 at the Leadership Summit meeting. Prior to that, I never really wanted the responsibility lol! I suppose that was when the seed was planted. Throughout that time period I considered taking my boards to becoming an Admin, I started asking questions to the other administrators. One of the most frequent questions I had was, “Is it fulfilling?” As a therapist and a resource, I know we make a difference and felt I had a purpose. I didn’t know if I would have the same sense of fulfilment as an ED. I was naïve to think that it wouldn’t be.

How did you come to the decision to push forward into the AIT/CIT program?
To be honest, I kind of jumped in. The position was offered to me at the beginning of October with the acquisition scheduled to happen in November. At that time, I was still in my Hybrid role as a DOR and Resource. I was fortunate enough to attend an AIT boot camp, which helped to solidify the decision I made in becoming an ED. As an Administrator, we are given an opportunity to change the lives of many. And where we do that as therapists and Resources, we have the opportunity to do it on a much broader stage. All of those little changes we want to make, or we wish the Admin would do, is now on us. I learned rather quickly nothing is ever as easy as it appears. We are entrusted with so much, at times it could feel overwhelming, but it’s in those moments you begin to see growth as a leader.

What do you think is the most important characteristic of a successful leader?
This is a hard question to answer. I admire so many of our own leaders but for different reasons. One of the most common traits they all have is their openness to give and receive feedback. They surround themselves with the right people. They share what they know and want every single person around them to be just as successful.

If you were to talk to a therapist about the ED role in general, what is the most important thing you would talk to them about?
Being open and honest about the things you don’t know. Ask questions, lots of them. I find myself calling my partners and resources multiple times a day. It’s OK not to have the answers. One of my mentors shared that with me early on. And it has saved me a million times over.

Any other thoughts for a therapist who might be thinking about becoming an ED?
You have to be ready for anything. I have been in my role for eight months now, and I can honestly say, I never expected to be an Administrator under the world’s current circumstances. But you do everything in your power for the people under your leadership and those entrusted to your care. Times and positions like these are what therapists are made for.